A third week of solid bullishness for BTC/USD comes as headwinds mount and gold tumbles to more than four-month lows. 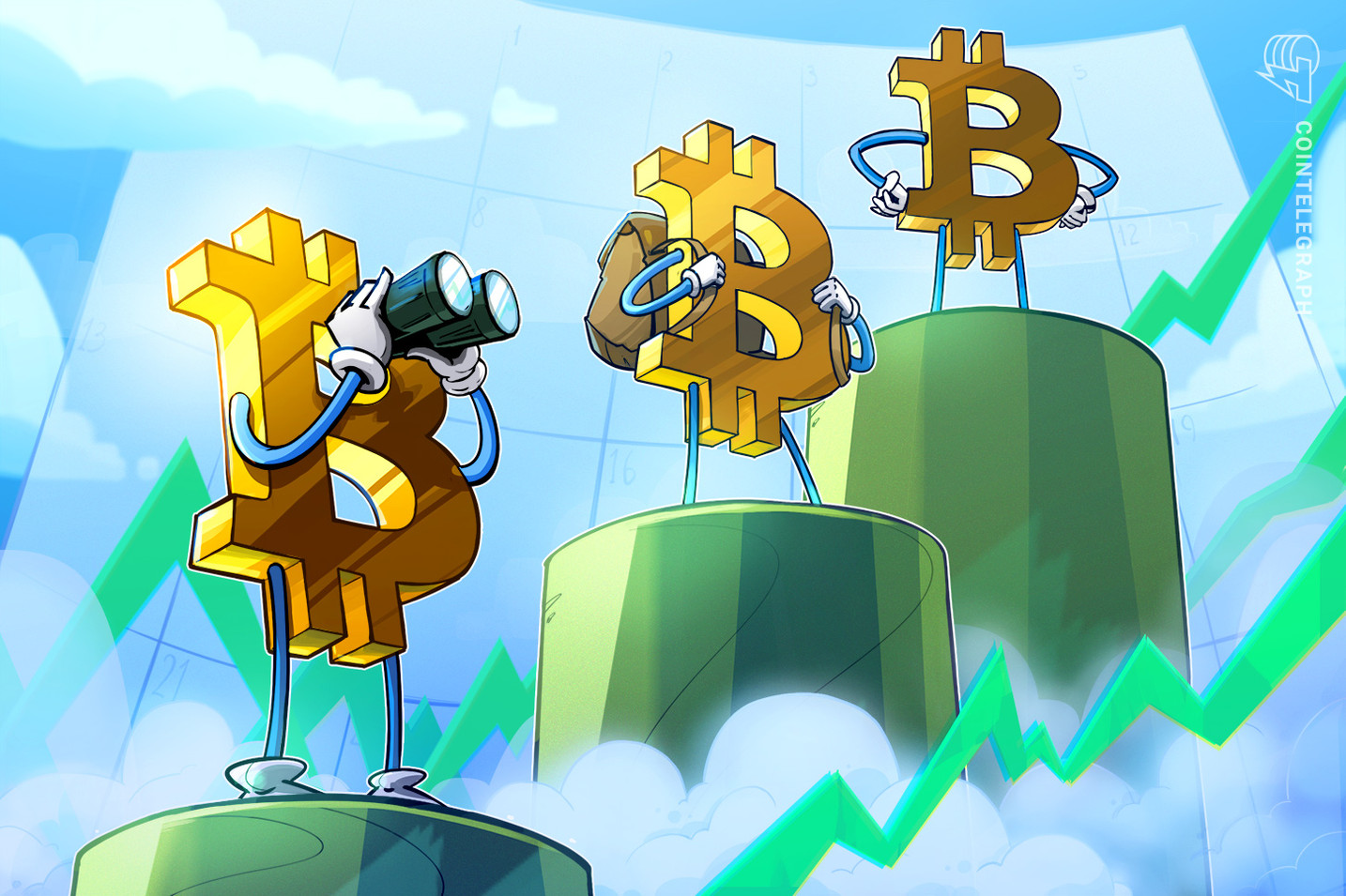 Bitcoin (BTC) is delighting bulls as it heads into a new week after closing a weekly candle in which it gained another $4,000 — can it hold?

After spending much of the previous seven days hitting but then descending from local highs, sentiment was mixed going into the weekend.

In the event, Saturday and Sunday turned out to be just what bulls had been waiting for, with Bitcoin passing multiple resistance lines and going on to top $45,000.

With a sense that there is everything to play for, bulls are now confident but mindful of the fact that in Bitcoin, anything can happen.

As last week, the specter of United States legislators hangs over the cryptocurrency industry on Monday.

The infrastructure bill, as it is informally known, continues to attract fierce debate and is expected to be put to a vote on Tuesday.

Within the $1 trillion bill is a $30 billion cryptocurrency issue that seeks to overhaul tax obligations for businesses. It’s this which has sparked furor within the industry — to the extent that even U.S. senators have tabled amendments to change the bill’s language.

With the Tuesday deadline looming large, market participants are now accepting that even if the outcome is not so favorable, the crypto element has at least been brought to the attention of everyone involved.

“The first thing that crypto had to do here was make sure that Washington was aware there was a provision in the bill that needed clarification. That was successful!” Sam Bankman-Fried, CEO of exchange platform FTX, said in a series of tweets about the bill Sunday.

With little to do but wait, markets may remain sensitive to rumors and general speculation over the bill until it is set in stone.

Bankman-Fried concluded that any pushback from the cryptocurrency sphere should be constructive.

“But, fundamentally: the biggest thing right now isn’t for crypto to ‘get its voice heard,’” he continued.

“It’s to come forward with reasonable, good faith compromises, and make it clear that’s the goal.”

Away from paperwork, the overall macro environment presents a mixed outlook for Bitcoin.

Stocks are unimpressive after an early dip for precious metals started Monday with a bang and could go some way to explaining the dip on crypto markets.

After starting out at $1,763, gold fell sharply and even saw a wick to $1,686 before recovering, capitalizing on losses from Friday and hitting its lowest since the end of March.

While traditionally benefiting in line with gold prices and vice versa, Bitcoin proponents were quick to poke fun at the market.

“We are going to watch the contraction of gold’s market cap in real time over the next decade,” investor and podcast host Anthony Pompliano commented.

“Will be so obvious in hindsight.”

Others noted the correlation between Bitcoin’s outperformance and Senate progress, with the implication that the tide could yet turn. 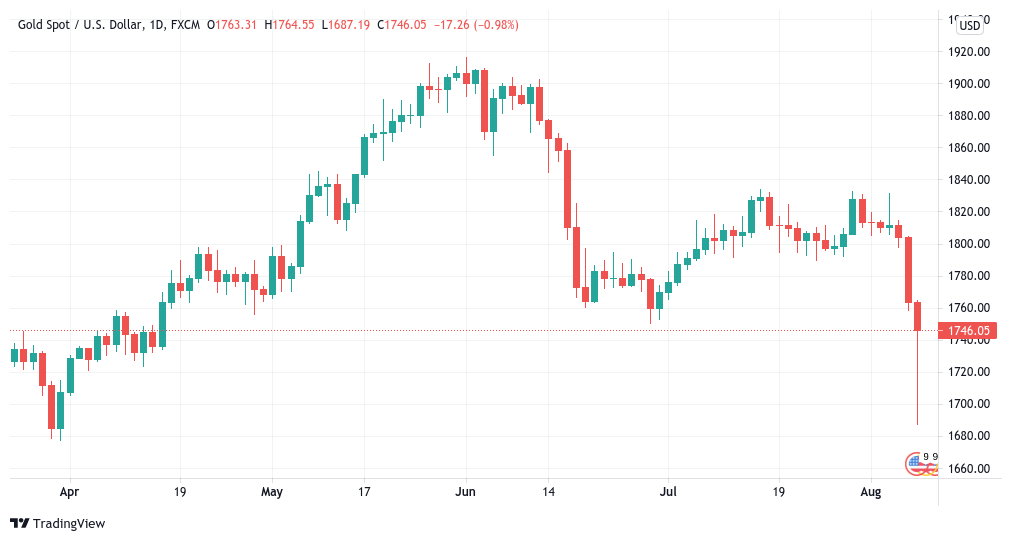 Within that context, Bitcoin in particular has performed uncannily well in recent days — to the chagrin of bears everywhere.

The weekend saw a push to highs above $45,400 on Bitstamp, marking a turning point before a comparatively modest correction to around $43,500.

At the time of writing, that level formed a focus still, with BTC/USD sealing a weekly candle of nearly $4,000. 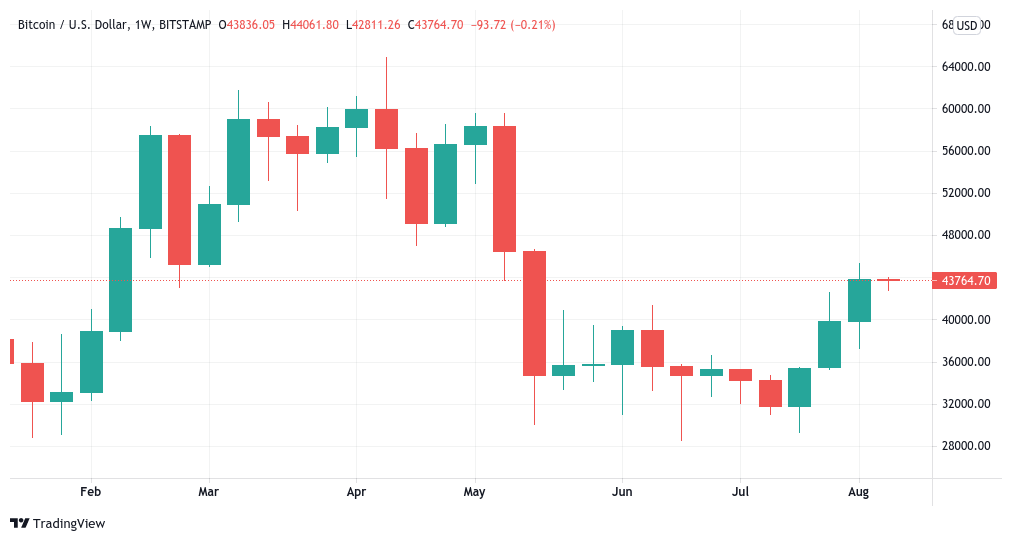 These averages had previously concerned pundits, with Bitcoin struggling to make progress for much of last week.

A look at buy and sell levels among traders on Binance, for example, now shows the extent of the support/ resistance “flippening” that has taken place. $41,500 has become firm support, while sellers have settled in higher up above Sunday’s highs.

“Heavily interested to see whether the coming week will be another green week, or a healthy correction happens for Bitcoin and Ethereum.”

The party is certainly continuing among Bitcoin fundamentals this week, with both hash rate and difficulty seeing rapid progress upwards.

After flipping between two and three figures, hash rate estimates are now showing hardware dedication to Bitcoin firmly above 100 exahashes per second (EH/s).

Difficulty, which at the end of July saw its first positive readjustment in two-and-a-half months, is poised to outdo itself in three days’ time and jump over 7%. 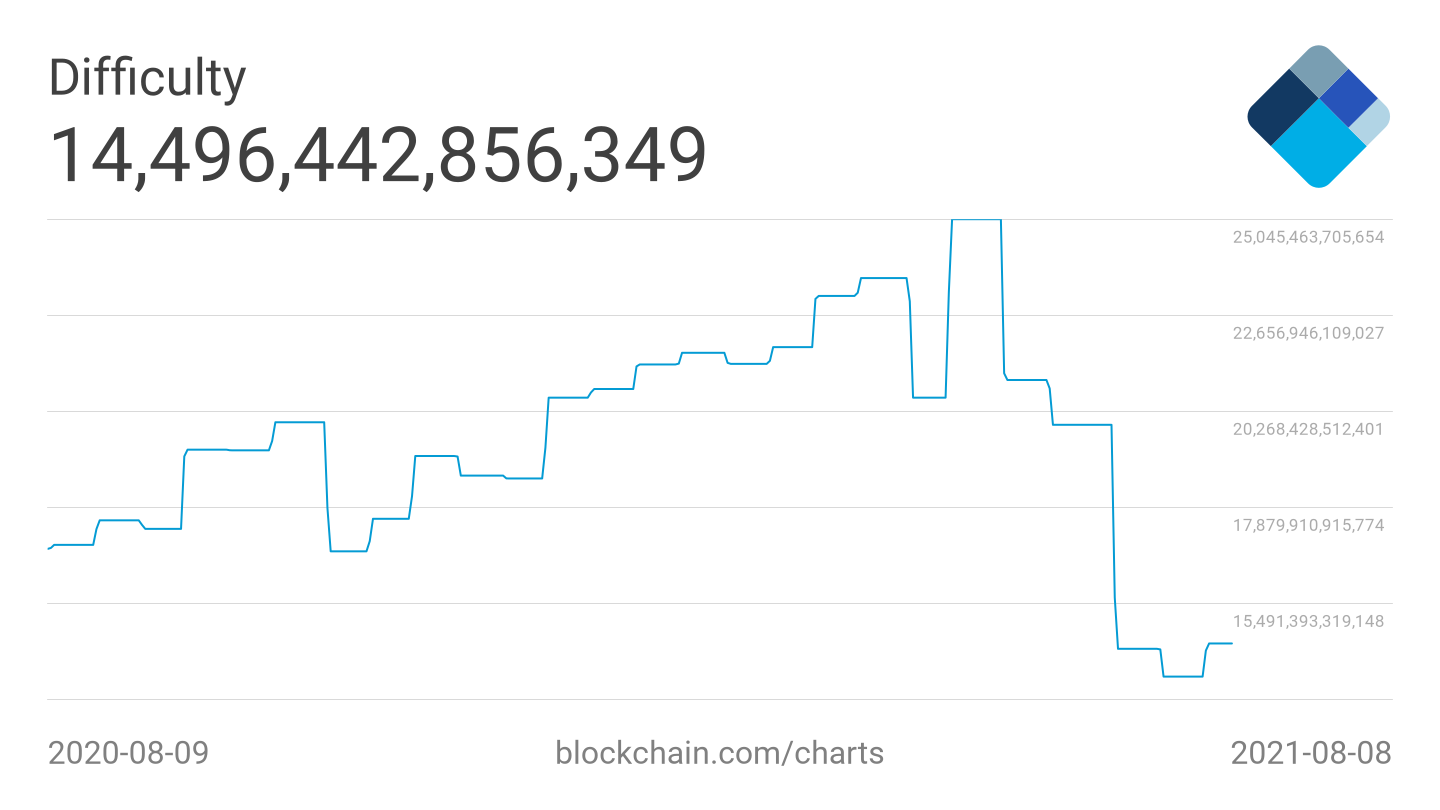 Both fundamentals hint at the strengthening mining setup, supported by displaced miners from China moving to new jurisdictions and hardware likewise being shipped elsewhere.

“Fundamentals do not predict short term price, but given enough time price discovery reverts to fundamentals,” he said.

An accompanying chart dissecting the decreasing BTC supply added that BTC/USD currently has a price estimate above $53,000.

Correlation between price and market sentiment meanwhile could give more cause for alarm among those betting on a sustained uptick.

The Crypto Fear & Greed Index, just days ago in “neutral” territory, rapidly flipped to “greed” over the weekend.

The Fear & Greed Index factors in a basket of sources to compile an index for cryptocurrency as a whole between 0 and 100, with 100 being maximum greed.

Sunday saw the Index reach 74/100, bordering on “extreme greed” despite BTC/USD rising by a comparatively modest $5,500 over the week.

“This Is A Extraordinary 3-Months High,” investor and analyst Vince Prince reacted to the pace of change.

A correction came in line with price, and on Monday, Fear & Greed is back at 65, still denoted as “greed.”

During the peak of bull runs, scores of 95/100 appear, this zone coming in line with subsequent drawdowns.

Xbox Boss Phil Spencer Addresses Rise of NFT Gaming; Feels Some of It Is “Exploitive”
A third week of solid bullishness for BTC/USD comes as headwinds mount and gold
0