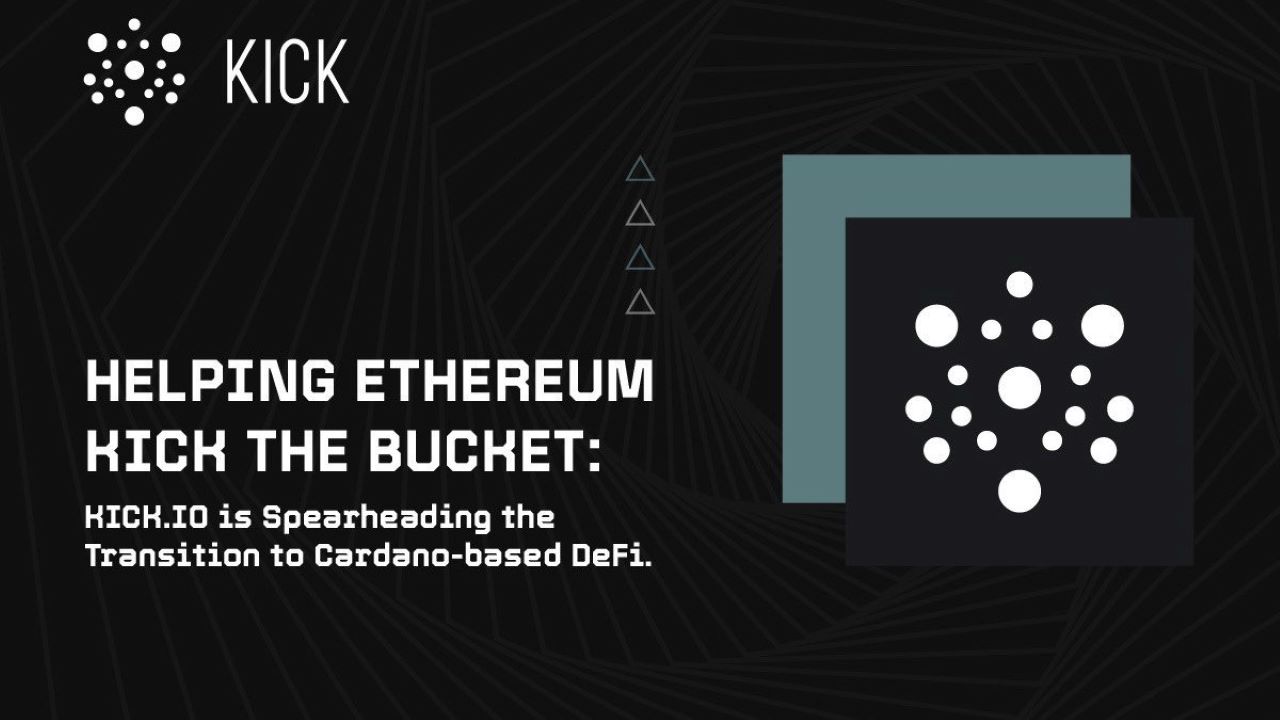 PRESS RELEASE. The bear market tests all the projects that rushed into the crypto space during the bull run. If projects lack fundamentals or don’t innovate and solve issues with time, they eventually get swept away leaving only the major players that make it to the top in the long run. Similar trends are being observed in the DeFi space, as most projects are barely keeping their heads above water during the cruel bear market. Ethereum is also believed to be drowning and due to the issues with transaction speeds, gas fees, it is widely believed that Cardano will soon take the place of this altcoin market giant. For this purpose, the Cardano Network has strong assistive projects behind it. Kick.io, the decentralized launchpad, is in the game to speed up Cardano’s growth to the top.

Ethereum has enjoyed a long run of being the DeFi giant but the users have started to experience turmoil due to the inefficient consensus algorithm, the infamous Proof of Work. Not only has the algorithm been identified as an environmental hazard but it also hugely diminishes the user experience due to the slow transaction speeds and high transaction costs. Tesla recently halted bitcoin transactions due to the energy-sucking algorithm and in time, we’ll see the effect trickling down to Ethereum as well.

This is where Cardano has already proved to be miles ahead of Ethereum. With the implementation of PoS and the academic peer review approach, Cardano has managed to kick the technological end up a notch by bringing down the transaction costs to a negligible amount while maintaining speeds that are comparable to the centralized alternatives such as VISA and Mastercard.

KICK.IO has projected the usage of Ethereum to Cardano bridge and has formed a platform to further mature the Cardano ecosystem by funding the next generation of projects entering the space. The projects that have the potential to make meaningful contributions to the Cardano ecosystem would be handpicked and given the environment to grow and prosper. This includes investments, full Cardano native token support, endorsements, marketing campaigns, and implementation of strategies in collaboration with Kick.io’s team of DeFi and finance professionals.

KICK.IO is giving the private retail and institutional investors a chance to hop on their bandwagon early on by showing full support to the Cardano Network through their pre-sale that starts on July 28th. The company is also set to go public on September 15th and the interest shown by the investors signals the exponential growth of the project in the future alongside Cardano’s growth. Mark the dates and be a part of the movement!

This is a press release. Readers should do their own due diligence before taking any actions related to the promoted company or any of its affiliates or services. Bitcoin.com is not responsible, directly or indirectly, for any damage or loss caused or alleged to be caused by or in connection with the use of or reliance on any content, goods or services mentioned in the press release.