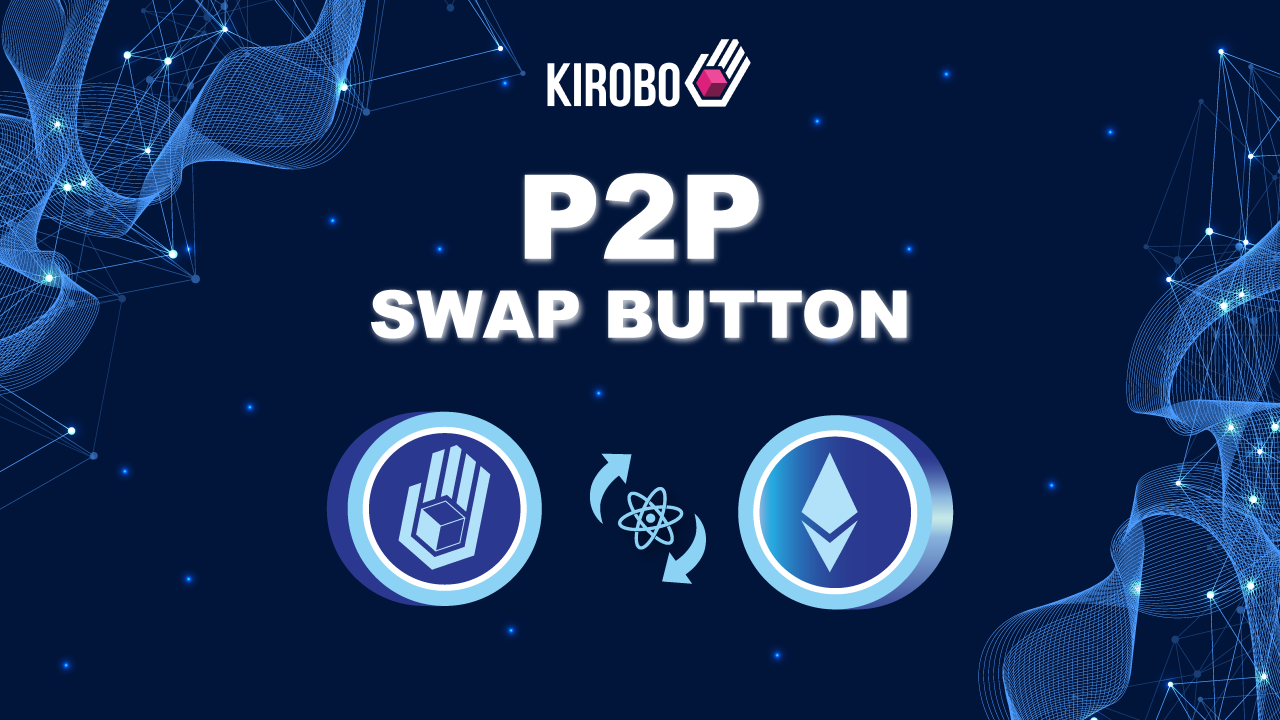 PRESS RELEASE. Tel Aviv – July 27, 2021 – Kirobo, a blockchain technology company, has launched its ‘P2P Swap Button’, a decentralized tool allowing cryptocurrency users to execute token swaps without having to use an exchange or custodial third party.

By taking the swap off-exchange, the tool allows users to decide their own prices for their tokens and transact directly with peers. As a result, slippage is avoided completely.

Asaf Naim, co-founder and CEO of Kirobo, said: “Until now, it wasn’t possible to execute a swap without losing money, because exchange algorithms adjust token prices according to the amounts put up for sale. We’re allowing people to trade without an exchange and to set their own prices, with complete security, for the first time ever.”

Kirobo’s safe transfer platform secures transactions with an authentication key, the component parts of which are divided between the first party, the smart contract, and the Kirobo server. There’s no single point of failure, and Kirobo does not hold users’ funds at any point.

Token swaps are a key feature of the cryptocurrency ecosystem, allowing people to diversify their portfolios and support new DeFi projects. Previously, users had no choice but to go through an exchange or custodial OTC party to avoid the inevitable complications caused by two-way cryptocurrency transfers. However, exchanges will raise and lower prices according to market demand, ultimately forcing sellers to sell at a “discount”.

The P2P Swap Button is designed to solve this issue. An extension of Kirobo’s groundbreaking Undo Button, it protects the initiator of the transaction with a passcode created by that person. The second party has to input the correct passcode on their end in order to execute the transfer. With the P2P Swap Button, the second party must also sign off on the transaction, and the transfer itself is executed simultaneously by smart contract.

In other words, the two swappers have to agree on a price before the swap is completed. As a result, neither lose money on the trade, and they can also choose an off-peak time to execute the deal, avoiding high gas fees.

The P2P Swap Button is compatible with ETH and ERC-20 tokens. Kirobo is not charging a fee for use of the service, stating that its intention is to level the playing field of trading.

Tal Asa, Kirobo co-founder and CTO, said: “The P2P Swap Button allows users to benefit from fairer swaps trades from the safety of our non-custodial authentication mechanism. We envisage the tool encouraging adoption and use of cryptocurrency, and giving a real boost to the ecosystem for years to come.”

Tel Aviv-based Kirobo has received two grants from the Israel Innovation Authority, something that no other blockchain company has achieved. Its retrievable transfer mechanism has already processed more than $1.5 billion worth of cryptocurrency transfers, and helped users retrieve more than $6 million via hundreds of cancelled transactions.

Kirobo’s mission is to make cryptocurrency an everyday tool that everyone can use with confidence. We achieve this with user-friendly products that remove the risk of human error and fraud from cryptocurrency transactions, making crypto management as safe as can be. Kirobo is the proud recipient of two grants from the Israeli Innovation Authority — the only blockchain technology company to achieve this.

This is a press release. Readers should do their own due diligence before taking any actions related to the promoted company or any of its affiliates or services. Bitcoin.com is not responsible, directly or indirectly, for any damage or loss caused or alleged to be caused by or in connection with the use of or reliance on any content, goods or services mentioned in the press release.