Even as Bitcoin trades almost 35% below its previous record high of about $65,000, long-term investors have not contributed actively to its decline. 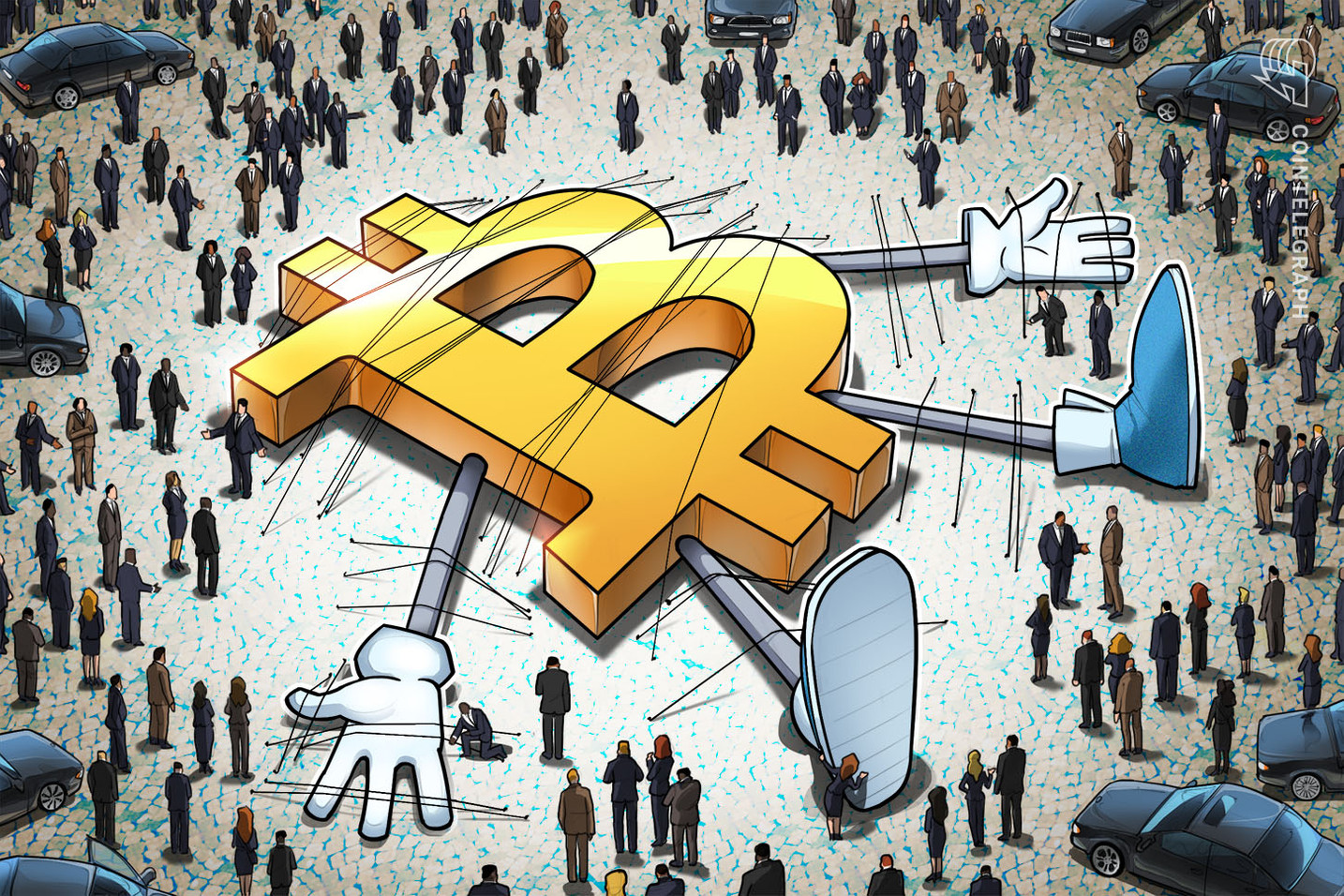 The scale of Bitcoin’s (BTC) ongoing downside correction might not be as alarming as it was in 2018, indicates data shared by Glassnode.

The blockchain analytics firm reported that investors who have held Bitcoin for more than one year showed a lesser interest in liquidating their investments versus those who held the digital asset for 3-6 months. Its dataset covered the period of Bitcoin’s correction from circa $65,000 on April 14 to around $44,000 on Aug. 9. 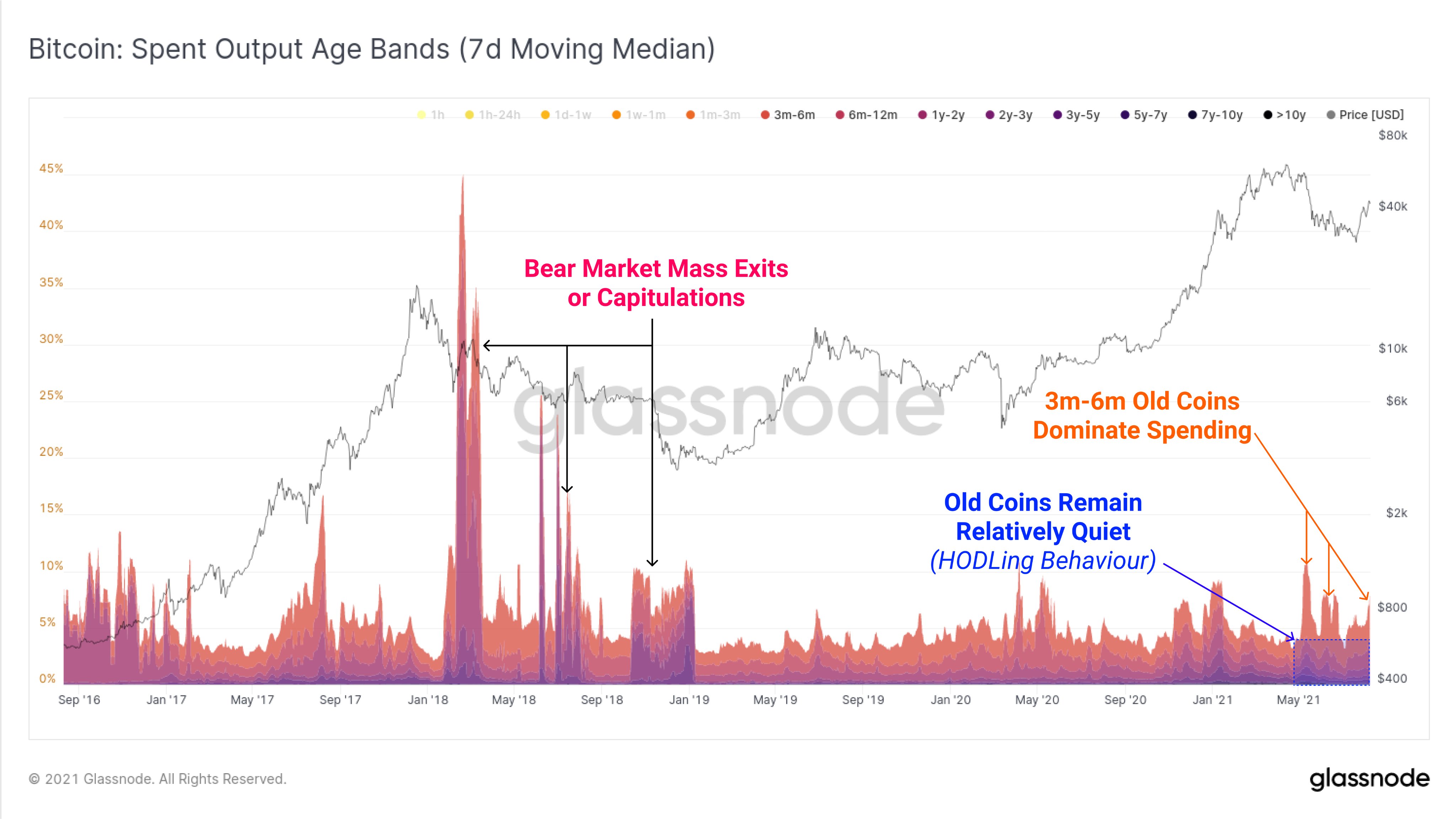 With a majority of “old coins” not deciding to secure their 275% year-over-year profits even after a 35% downside correction, Glassnode data hinted strong “hodling behavior” that might have Bitcoin escape a 2018-like mass capitulation event.

“Despite a strong rally to $45k, the Bitcoin market still has not seen a significant increase in old coins (>1y) being spent. This is very different to the 2018 bear market where old hands took exit liquidity on most relief rallies.”

Excessive valuations led by the initial coin offering (ICO) frenzy were the main cause behind the 2018 cryptocurrency market crash. Random startups raised billions of dollars to build blockchain platforms, but a majority of them turned out to be either vaporware or scams in the end.

When the bubble finally popped, the cryptocurrency market ended up crashing from $700 billion in January 2018 to $102bn in December 2018. As a result, Bitcoin—which was one of the currencies of choice during startup fundraisers—fell 85.27% from its then-record high of $19,891. 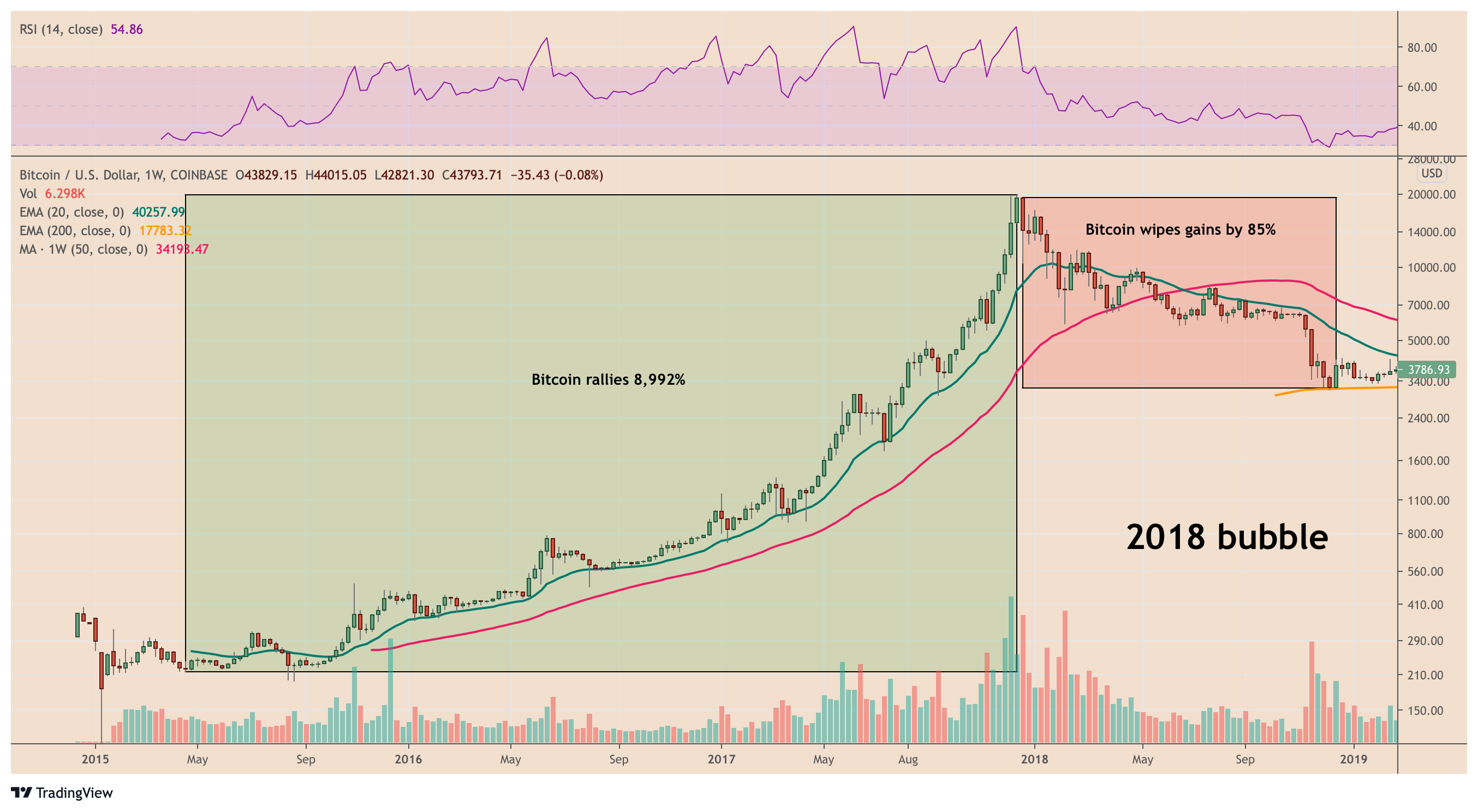 That was 355% of the global gross-to-domestic product (GDP). According to the Institute of International Finance, the borrowing expects to increase by another $10tn in 2021. 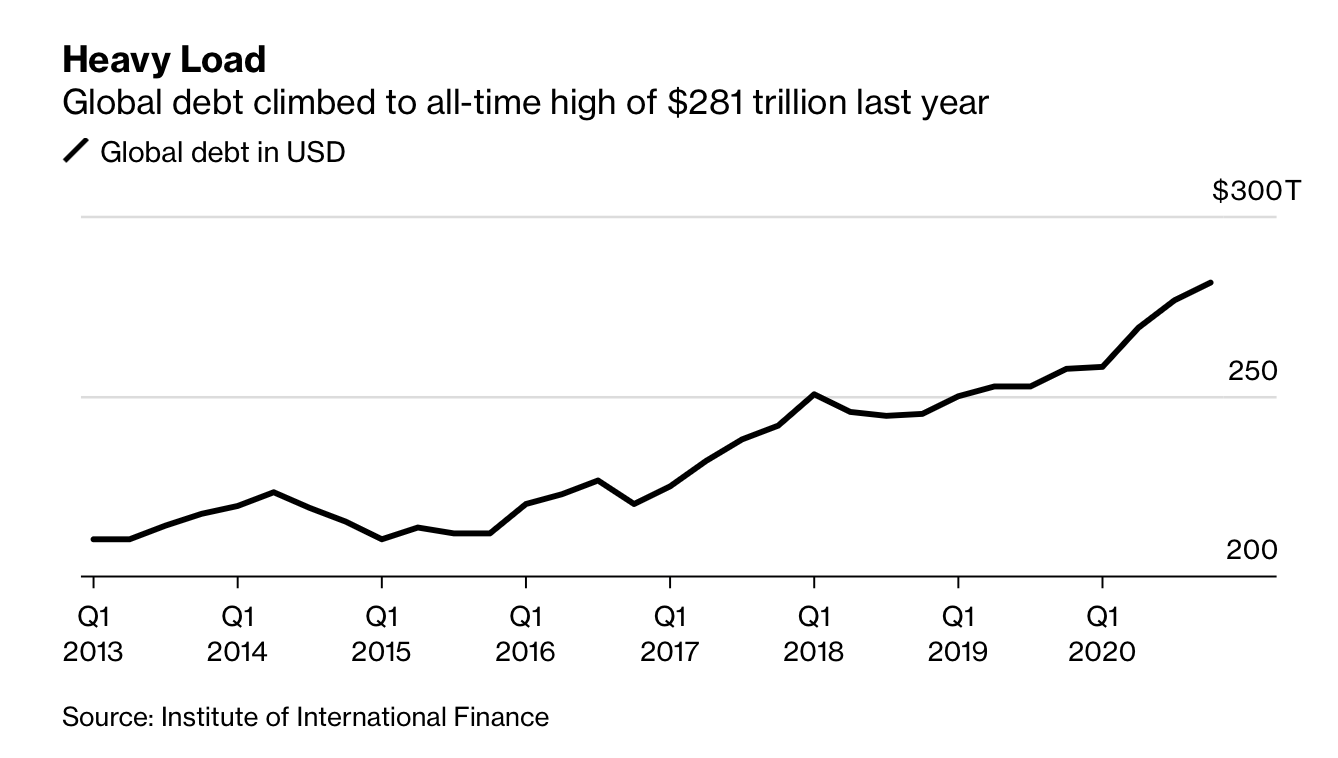 “People have less wealth and more debt. The devaluation of fiat currencies has made everything more expensive around us,” said Anthony Pompliano, partner at Pomp Investments, in a note to clients, adding:

“Bitcoin promises that we will usher in a new era of sound money. The currency is outside the system. No one controls it. People will once again be able to save their way to financial freedom. [Moreover], the money won’t lose value over time. [Instead], the purchasing power will increase.”

Bitcoin’s recent rebound from below $30,000 to over $45,000 also coincided with a modest spike in the percentage of investors that last bought the digital asset 3-6 months ago. 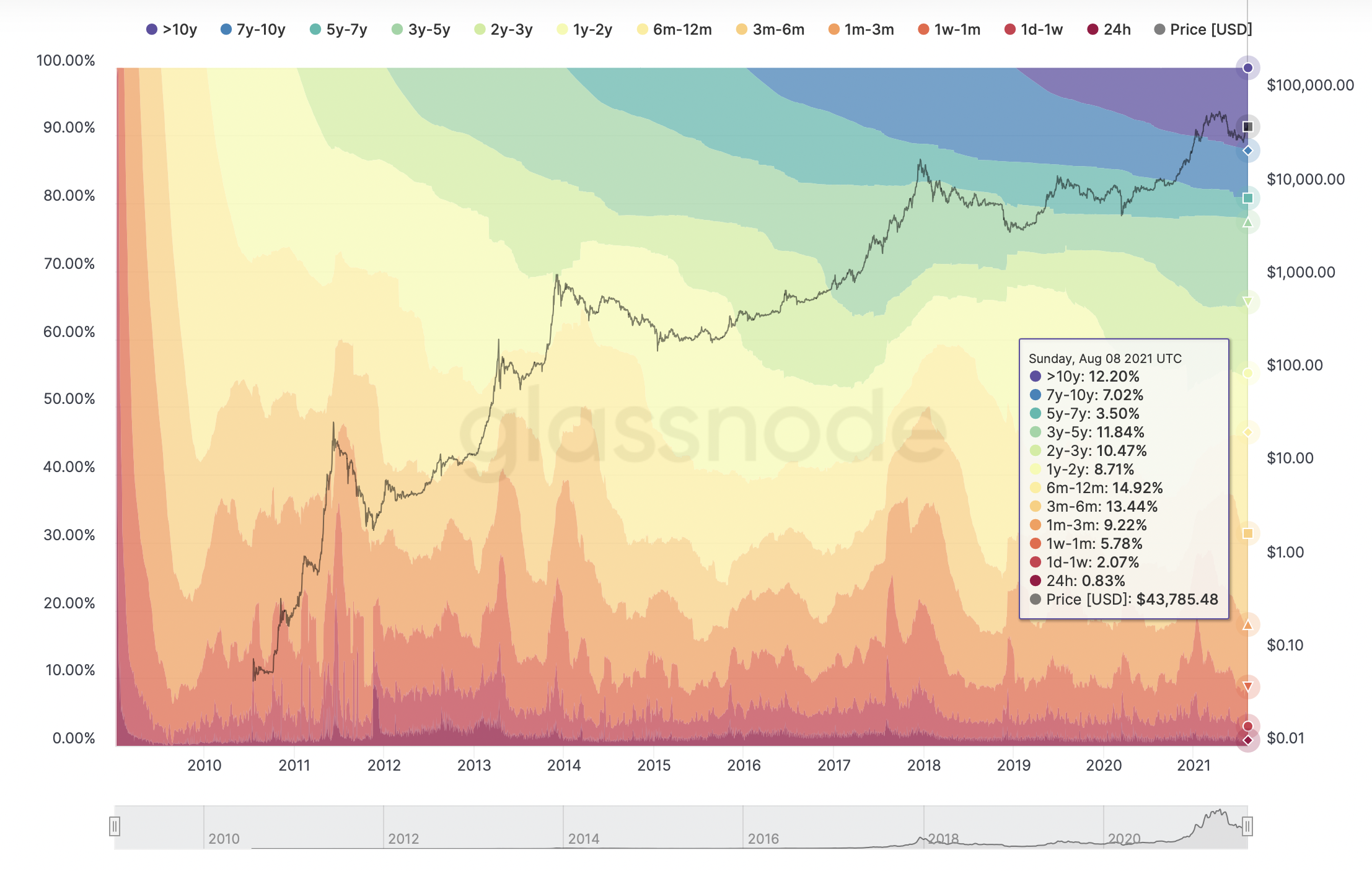 Ethereum Market Cap Is Less Than 50% Away From Flipping Bitcoin — ETH Nears All-Time Price High
Even as Bitcoin trades almost 35% below its previous record high of about $65,000,
0

Retail Giant Newegg Unveils Shiba Inu Support on Massive Billboard: SHIB to Be Accepted for Payments in December
Even as Bitcoin trades almost 35% below its previous record high of about $65,000,
0