Skip to content
Home » bitcoin news » No, Jackson Palmer, you are wrong about crypto

It is not the cryptocurrency industry that is an exploitative hustle, it is our capitalist world, and crypto is here to change it for good. 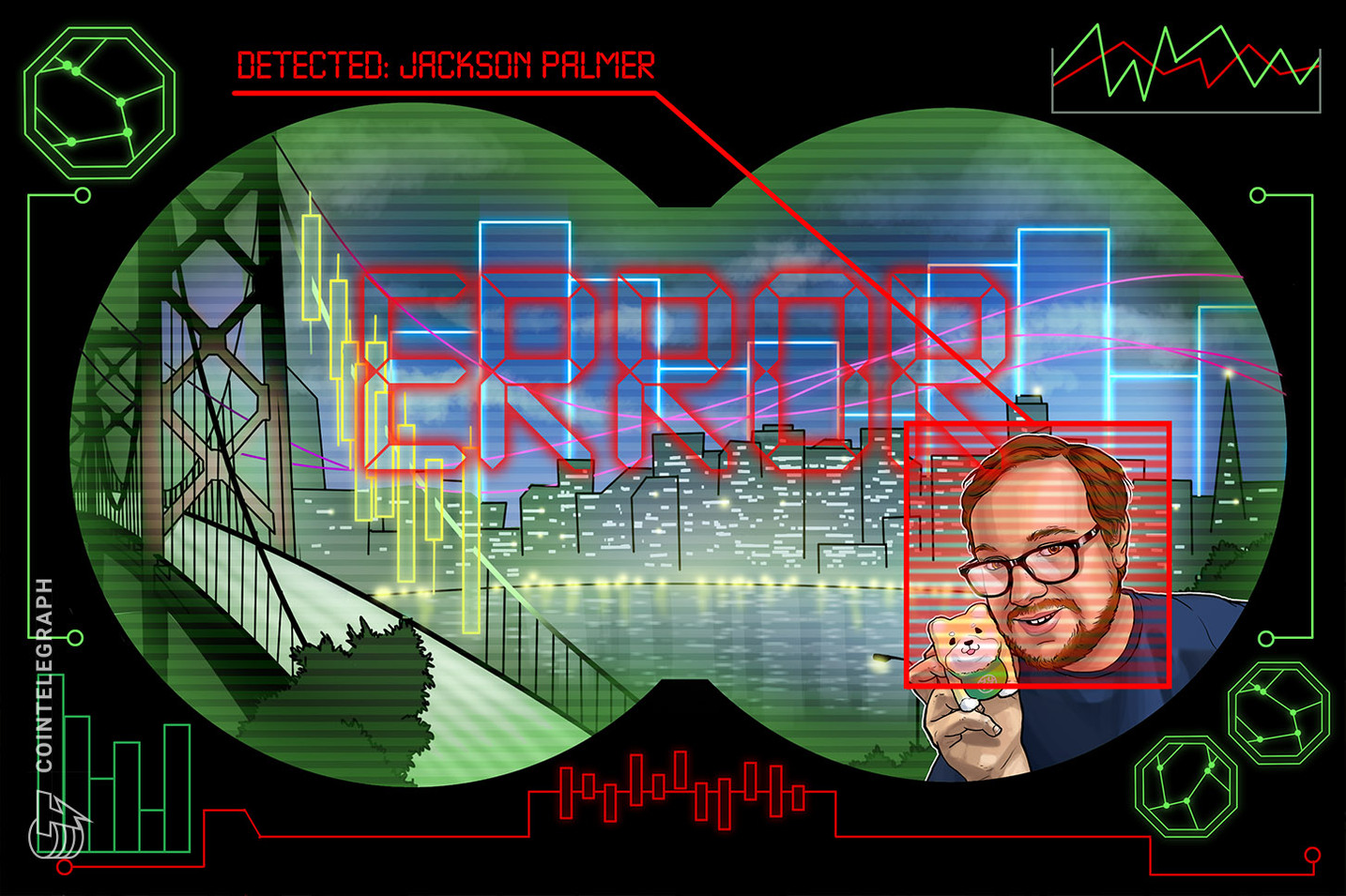 15 years ago, the social media application Twitter was launched. You might have heard of it, it’s pretty big. Initially, the microblogging and social networking service was a friendly place, packed full of helpful articles and adorable videos. In a recent article, aptly titled titled ‘How Twitter ruined everything,’ the author Douglas Murray wrote, somewhat nostalgically, “It all started out so well.” Jack Dorsey’s brainchild was once, believe it or not, fun. People used the platform to say wacky things, but fun wacky, not QAnon wacky. Oh, how times have changed.

Twitter, in many ways, has gone from being a heavenly place to an utterly hellish one: A once Edenic environment has become a dystopian nightmare. Cat videos have been replaced by catty comments, with more and more people using the platform to unleash tweetstorms — a stream of consciousness in 280 characters or less.

Jackson Palmer, the co-creator of Dogecoin (DOGE), is the latest to use Twitter for such purposes. In a tweetstorm of epic proportions, Palmer managed to capture the attention of both crypto-enthusiasts and critics, calling cryptocurrencies “an inherently right-wing, hyper-capitalistic technology.” The whole industry, according to the inventor, is an exploitative hustle, capitalizing on the naivety of the less well off. According to Palmer:

The cryptocurrency industry leverages a network of shady business connections, bought influencers and pay-for-play media outlets to perpetuate a cult-like “get rich quick” funnel designed to extract new money from the financially desperate and naive.

News flash, Mr. Palmer: You just described the world we live in. The world’s 2,000 billionaires possess more wealth than almost 5 billion people combined. This is one of the very reasons why Bitcoin (BTC) was launched in the first place. The world is rigged in a way that allows the super-rich to profit while the world burns. This might sound hyperbolic, but I assure you it’s not.

In this inherently corrupt world, decent cryptocurrencies — like Ether (ETH) and Bitcoin, for example — do offer the non-billionaires, all 7.8 billion of us, some degree of hope. As the barriers to entry are virtually non-existent, with basic knowledge, a willingness to educate oneself on the topic and a reasonably small amount of money, one can make decent profits from decent cryptocurrencies. Of course, like everything in life, there is always a degree of risk involved; caution must always be exercised. But to write off the whole crypto-market, as Palmer did, makes little sense. If in doubt, just ask the president of El Salvador.

Crypto gives a voice to the voiceless

When we discuss “exploitative” actors, it is important to discuss traditional banking services — possibly the most exploitative of them all. With financial intermediaries like Western Union charging exorbitant handling charges, migrants lose almost $25 billion each year through remittance fees. Why can’t a decent cryptocurrency (or cryptocurrencies) offer people a less exploitative alternative? An alternative, after all, is most definitely needed.

According to a recent United Nations report, around 11% of all people globally “are supported by funds sent home by migrant workers.” As the report explains:

“Currently, about one billion people in the world — or one in seven — are involved with remittances, either by sending or receiving them. Around 800 million in the world — or ​​one in nine people — are recipients of these flows of money sent by their family members who have migrated for work.”

In other words, some 800 million people around the world stand to benefit from an alternative to Western Union, the all-consuming, remittance goliath.

Again, why not crypto? As the report states, “the money received is key in helping millions out of poverty,” as “it is often a major part of a household’s total income in the countries of origin and, as such, represents a lifeline for millions of families.” Imagine how much stronger this lifeline would be if the $25 billion in remittance fees went towards food and shelter, rather than the pockets of the exploiters.

This is not a fantasy projection. The current system is very much broken, and a change is very much needed. According to the Pew Research Center, the wealth gap between America’s richest and poorest families has more than doubled in size since 1989, and that gap is only increasing. While Amazon employees defecate in bags, their once billionaire boss, Jeff Bezos, engages in a pissing contest with Richard Branson….in space. The landscape must be transformed.

Read the article:  A Practitioner in the Blockchain World: ViaBTC Continues to Lay out the Entire Ecosystem

Can cryptocurrencies help? Yes. How so? By giving a voice to the voiceless; by giving the most vulnerable a greater degree of financial autonomy. Not all cryptocurrencies are created equally. For every Bitcoin or Ether, there are nonsensical, dog-themed meme coins; Palmer would do well to remember this before writing the whole crypto-market off.

John Mac Ghlionn is a researcher and cultural commentator. His work has been published by the likes of Bitcoin Magazine, The New York Post, The Sydney Morning Herald and National Review.

Cboe Acquiring Erisx to Enter Cryptocurrency Spot and Derivatives Markets
It is not the cryptocurrency industry that is an exploitative hustle, it is our
0

Fantom (FTM) Price Analysis: Old Resistance Turns Support with a Double Bottom Pattern on 4 Hr Chart
It is not the cryptocurrency industry that is an exploitative hustle, it is our
0