With China seemingly out of the equation, North American Bitcoin miners are looking to exert hash rate dominance. 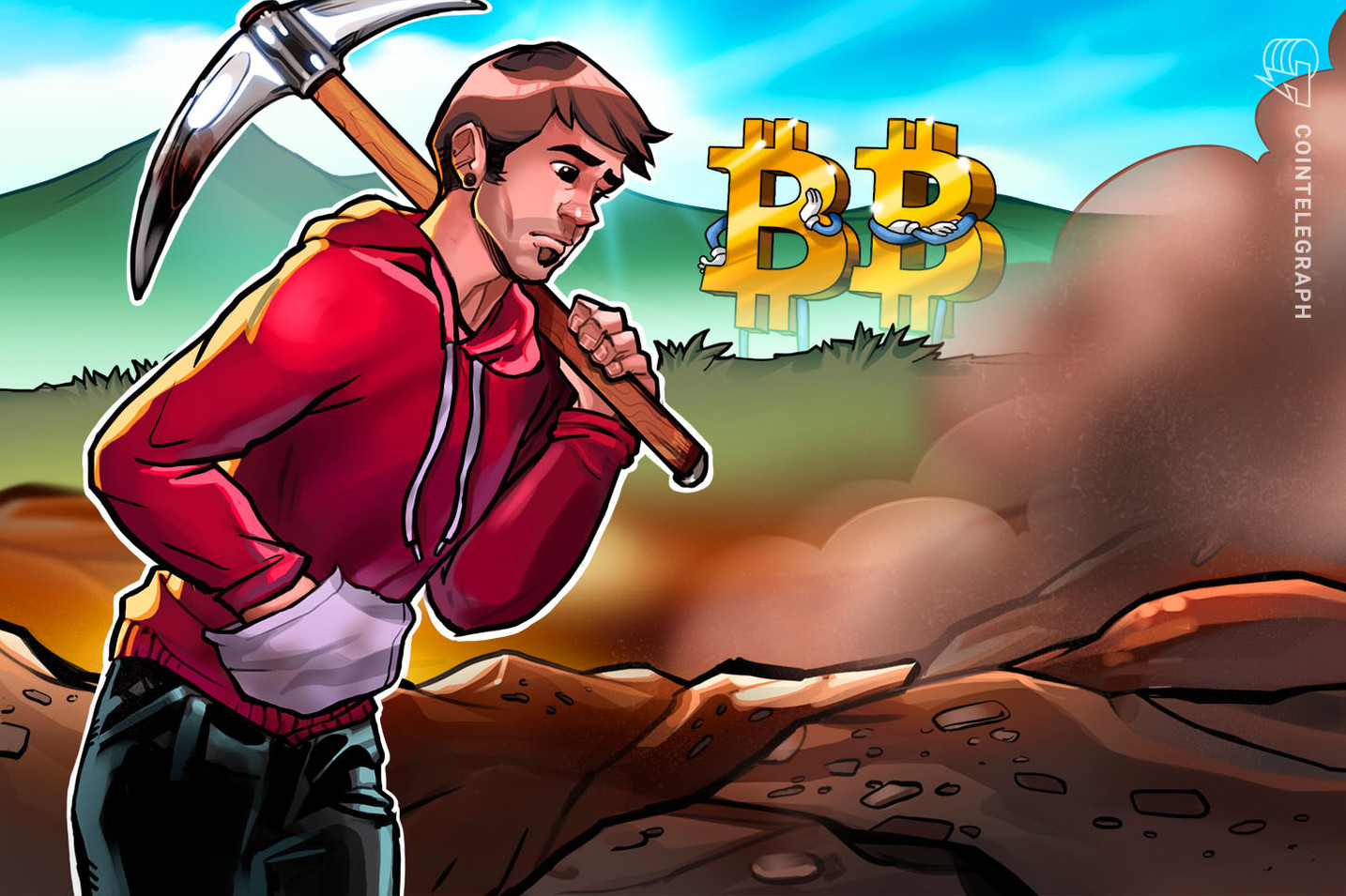 Even before China finally wielded the ban hammer on crypto mining, Bitcoin (BTC) miners in North America had been building up their capacity amid efforts to gain a larger share of the global hash rate distribution. From building bigger data centers to acquiring hardware inventories, these establishments have been making concert efforts to balance the hash-power dichotomy between the Eastern and Western hemispheres.

North American Bitcoin miners often have to contend with energy usage concerns as well and some have been keen to partner with oil and gas firms, becoming buyers of last resort for flared gas. Indeed, American oil drillers and Bitcoin mining firms continue to collaborate over natural gas utilization, proving once again that the potential for Bitcoin’s thermodynamic capacity is set to be a net positive for the environment, despite the criticisms put forward against proof-of-work (PoW) mining.

With North American-based entities seemingly on the cusp of establishing a greater presence in the global Bitcoin mining matrix, here is a look at four of the largest Bitcoin miners in the region.

In 2020, China still controlled about 65% of the global Bitcoin hash rate, according to estimates from several data sources. However, Riot Blockchain was expanding its operations with a swathe of major hardware acquisitions from leading Bitcoin miner makers like Bitmain.

In August and December 2020 alone, Riot Blockchain spent millions of dollars to acquire thousands of Antminers from Bitmain. Indeed, as reported by CryptoPumpNews in April, Riot Blockchain’s hashing capacity increased by 460% in 2020.

Riot Blockchain’s expanded inventory drive has continued into 2021, with the company purchasing over 42,000 Antminers from Bitmain earlier in the year. The Nasdaq-listed company also announced a $650 million purchase of a major data center located in Texas.

By acquiring the Whinstone data center in Texas, Riot Blockchain is set to own the single largest Bitcoin mining facility in the United States. The American Bitcoin mining giant is even set to expand the original capacity of the site from 750 megawatts to over 1,000 MW.

With its upscaled capacity coinciding with sweeping crackdowns in China, it is unsurprising to see Riot Blockchain enjoying greater Bitcoin mining success, as evidenced by the figures quoted in its monthly production and operations update. In April, the company reported that it mined 187 Bitcoin (worth $11.2 million at the time) the previous month.

The June report also put Riot Blockchain’s year-to-date Bitcoin mining total at 1,167 BTC (currently worth $36.5 million). As of June 2020, the company had only mined 508 BTC meaning that this year’s production figure represents a 130% year-on-year increase.

In total, Riot Blockchain says it holds over 2,200 BTC as of the end of June, with all of the Bitcoin coming from its mining operations. Detailing the link between its recent production successes and the situation in China, the June report stated, “The exodus of Bitcoin mining from China has resulted in a downward difficulty adjustment and lower global network hash rate. As such, Riot is currently mining more Bitcoin per day than at any time in the Company’s history,” continuing:

“While it is broadly expected that many Chinese miners will eventually relocate, the company estimates that it could be quite some time before the global Bitcoin mining hash rate returns to its previous high of 180 exahash per second (“EH/s”), last observed earlier this year.”

Marathon is arguably Riot Blockchain’s main competitor in the “North American hash wars” and, like its rival, the crypto mining giant has been expanding its hardware inventory since 2020. In October, the Nevada-based Marathon Patent Group acquired 10,000 Antminer S-19 Pros from Bitmain.

Read the article:  Cryptocurrency mining under proposed US policy changes

Such was the size of the order that it was estimated to boost the company’s operational hash rate capacity to 2.56 EH/s, a little more than the target 2.3 EH/s for Riot Blockchain’s expansion. With the Antminer order arriving in batches for Marathon, the company seems to now be focusing on achieving “carbon neutrality” and satisfying regulatory demands.

Back in March, the company first announced plans to divert all of its current hash power to a regulatory-compliant Bitcoin mining pool by the start of May. At the time, Marathon stated that the new pool adhered to U.S. Anti-Money Laundering (AML) protocols established by America’s Office of Foreign Control.

As reported by CryptoPumpNews in May, Marathon is planning a 300 MW carbon-neutral data center that will house 73,000 Bitcoin miners. According to the announcement at the time, the deployment of the facility will bring the company’s carbon neutrality to about 70% while taking its hash rate to 10.37 EH/s.

According to data from BTC.com, achieving a hash rate capacity of 10.37 EH/s would put Marathon number five on the current Bitcoin hash rate distribution log.

While more than 50% down from its 2021 high of $56.56, the company’s stock is still up 122.34% year-to-date as of the time of writing. With Bitcoin exchange-traded funds yet to gain approval in the United States, Bitcoin mining stocks are seen as the next best thing in terms of gaining indirect exposure to BTC.

Marathon itself is a Bitcoin holder separate from its mining interests. At the start of the year, the company bought over 4,800 BTC, valued at about $150 million at the time. New York Digital Investment Group reportedly facilitated the deal.

United States.-based firms are not the only major players in the North American Bitcoin mining theater, as Canadian outfit Hut 8 is also a significant name in the conversation. Once the largest publicly traded Bitcoin miner by capacity back in 2018, the Toronto-based company seems to be recovering from its previous setbacks.

In 2018, the crypto market suffered a crippling bear market as coin prices tumbled from peaks reached in December 2017 and January 2018. In May 2019, Hut 8 reported losses north of $136 million for the previous year, which also culminated in significant staff cuts.

Having waded through the crypto winter of 2018 and 2019, Hut 8 has undergone a massive upscaling of its miner hardware, announcing the purchase of over 11,000 MicroBT rigs valued at about $44 million. Based on the capacity of the MicroBT miners, Hut 8’s hash rate capacity is expected to reach 2.5 EH/s once all the machines are installed in the company’s 100 MW facility, currently under construction.

At 2.5 EH/s, Hut 8 predicts its daily Bitcoin production will jump two-fold from between 6.5 to 7.5 BTCto between 14 to 16 BTC. Such a per diem BTC mining rate may also serve to preserve Hut 8’s status as the Bitcoin miner holding the most self-mined BTC in the world.

Back in January, the Canadian Bitcoin miner estimated that its total Bitcoin holdings will reach 5,000 BTC by the start of 2022. The company also outlined plans to expand its hash rate to six EH/s by mid-2022.

The East-West shift in Bitcoin hash rate will ultimately involve sweeping changes to the energy mix for BTC mining, with more of an emphasis on “Green Bitcoin.” For the Canadian crypto miner, green energy is a major focus point for its operations.

From Canada to Iceland, and even to Sweden, Hive Blockchain operated green-energy-powered data centers for crypto mining. Back in May, the company was reportedly forced to sell its facility in Norway, citing issues with regulators in the country.

Earlier in July, Hive acquired 3,000 MicroBT M30S miners for its facility in New Brunswick, Canada. The added hash power will reportedly be contributed to the Foundry USA Pool that already aggregates hashing potential from other major North American miners like Hut 8, Blockcap and Bitfarms, among others.

Hive’s additional 3,000 mining rigs will reportedly take the company’s hashing potential up by 0.264 EH/s to reach a total hash rate of 0.83 EH/s. The company also recently joined the ranks of publicly traded Bitcoin mining firms after securing a Nasdaq listing back in June.

Based on the hashing capacity of the machines, Gryphon’s hash rate will approximately increase by about 0.72 EH/s. This new inventory will reportedly be installed in August and upon that time, the company will receive its ESG rating.

Invesco Pulls Back Its Decision to Launch A Futures-backed Bitcoin ETF
With China seemingly out of the equation, North American Bitcoin miners are looking to
0

Senators pressure Facebook to ‘immediately discontinue’ Novi wallet pilot
With China seemingly out of the equation, North American Bitcoin miners are looking to
0