Musk revealed that SpaceX owns Bitcoin and that Tesla may be close to accepting BTC payments again after looking into BTC’s sustainability. 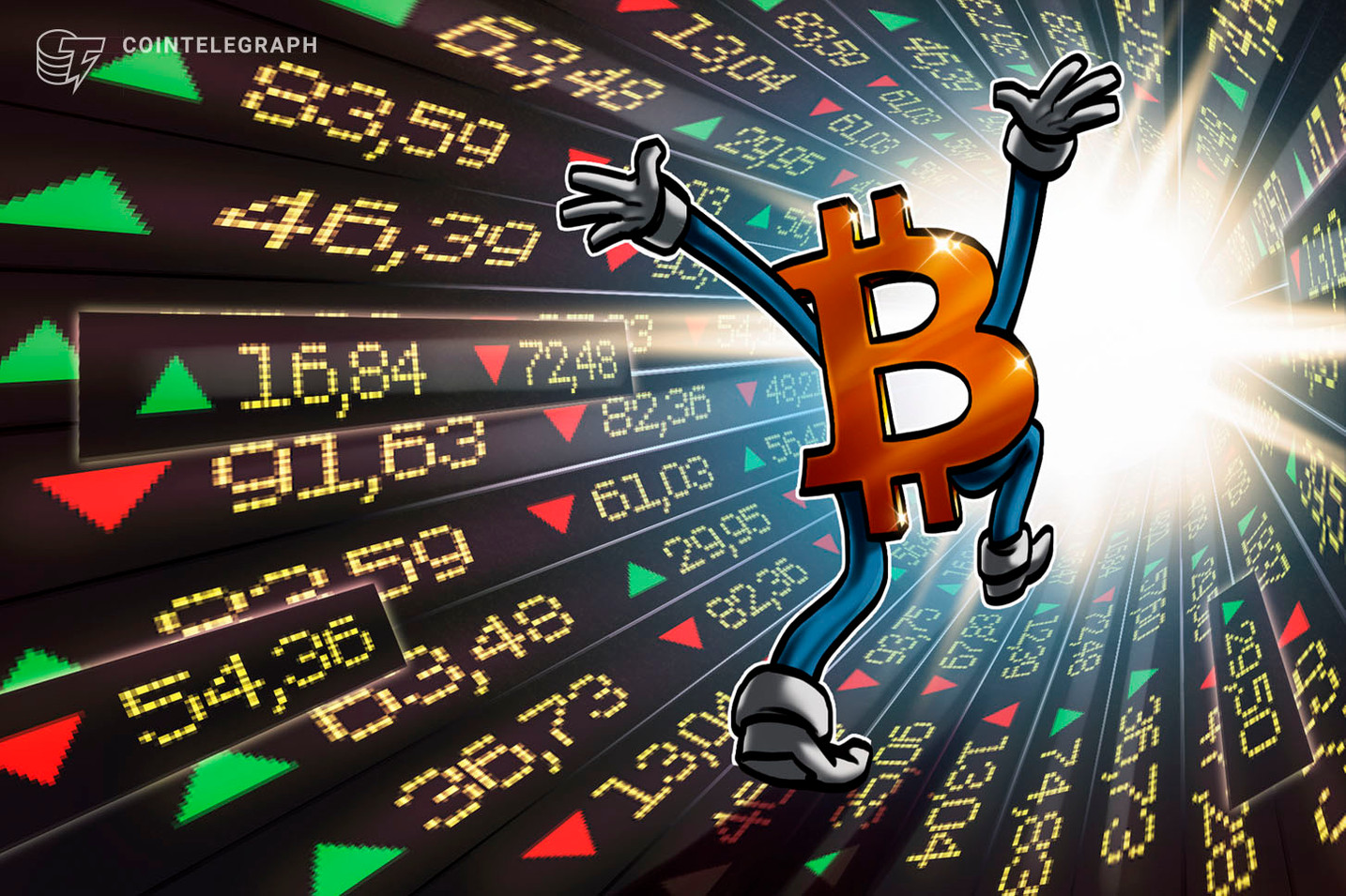 The company is yet to officially announce how much Bitcoin it has purchased, however Musk’s other company Tesla purchased $1.5B of the cryptocurrency earlier this year which sparked a major Bitcoin price rally.

That rally came to an abrupt end after Tesla stopped taking Bitcoin payments due to environmental concerns, but speaking at “The ₿ Word” — a virtual Bitcoin (BTC) event — the erratic tech billionaire suggested Tesla was on the verge of accepting the cryptocurrency again following promising signs the percentage of renewable energy used for mining was increasing.

The changing narrative of Bitcoin going “green” may help reignite a rally, with Coin Metrics co-founder Nic Carter telling CNBC a few hours ago that BTC’s fundamentals are getting better in terms of sustainability.

The statement confirms longstanding speculation the space infrastructure company was adding Bitcoin to its reserves. In mid-March, Anthony Scaramucci claimed in a Tweet that he believed Musk did not stop with just Tesla’s purchase.

Elon Musk didn’t stop with Tesla. I understand that SpaceX owns #bitcoin on its balance sheet. @elonmusk owns over $5 billion in #bitcoin via Tesla, SpaceX, and personally. No living person has done more to protect the planet against climate change. (1/2)

During the event, Musk donned a BTC themed t-shirt and appeared to be relatively optimistic about the future of digital gold as he stated that he owns “much more Bitcoin than Ether or DOGE.”

In case you were wondering, this is the shirt that @elonmusk is wearing. pic.twitter.com/SNd0a8LLjj

Musk stated that there “appears to be a positive trend” in renewable energy usage for BTC mining, citing the recent closure of coal-powered mining plants in China.

“I want to do a little more diligence to confirm that the percentage of renewable energy usage is most likely at or above 50% and that there is a trend towards increasing that number. If so, Tesla will resume accepting Bitcoin,” he said.

Speaking about Musk’s latest comments with CNBC’s Fast Money on July 22, Carter said he was “glad” that Musk had began to evaluate the “ facts on the ground because they are very favorable.”

Carter echoed Musk’s sentiments on China-based BTC mining, noting that the “Chinese hash rate was very much influenced by energy produced by coal,” and that there had been a lack of transparency from “anonymous miners” in that region.

“The fundamentals are getting better in terms of the sustainability of Bitcoin,” Carter said. The Coinmetrics co-founder pointed to the fact miners in the U.S and Canada are more likely to use sustainable practices and are more willing to disclose information.

“A lot of that [mining in China] has been replaced by mining in Canada and the U.S., where miners are much more sustainably focused. We’re also seeing a lot more disclosure from miners, 32% of the hash rate joined a council, the Bitcoin Mining Council, and they produce quarterly disclosures now,” he said.

Carter referenced the Bitcoin Mining Council’s (BMC) recent study which surveyed 32% of miners on the BTC.network. The poll produced an estimate of a 67% sustainable power mix in Q2.

It is unclear if Musk has factored in this survey as part of his due diligence, however, as it relied on self-reported data from a limited set of just three survey questions.

Carter conceded that the sustainability of BTC is not going to be fully verifiable until the world sees where the majority of miners set up shop following the exodus from China. However, in his own view, he stated that:

“I think Bitcoin is perfectly suitable for payments today, and of course the environmental costs are offset by its enormous utility”