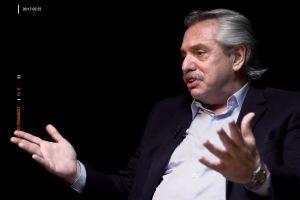 Alberto Fernández, the President of Argentina, has made some remarkably bullish comments about crypto, noting that tokens may have the power to fight inflation and operate as “hard currency, somewhat” – although he sought to temper his musings by adding the caveat that he is not particularly well-versed in the world of decentralized digital assets.

The comments came during an extended video interview aired on the Caja Negra YouTube page operated by Filo News, and saw Fernández claim that crypto had the potential to “nullify inflation.” The latter has been an inflammatory subject in Argentina in recent years, where hyperinflation has dogged the economy, dragging the nation into a financial quagmire.

However, it appears that Fernández or his representatives were more than happy to talk crypto – and sought to stoke debate further by posting crypto-related excerpts from the interview on the President’s official Twitter account.

Fernández shared the following comment he had made in the video on the social media platform:

During the video, he spoke more about crypto, stating that the sector’s advance was now “irreversible.”

However, he repeatedly sought to underline the fact that crypto adoption-related matters needed to be treated with “care” and “caution” – and confessed that “in my case,” much about the world of crypto was “unknown.”

When pressed on the matter, the President stated:

He added notes of caution, too, remarking that “It’s also true that [crypto] creates insecurity, because there have already been [instances of] fakes and [illicit usage].”

But the message was still largely positive, as Fernández remarked:

He also reiterated that he had the “sense that somehow” it could “contain” the power to fight “inflationary” forces due to its ability to function “somewhat” as a “hard currency” – and explained that some form of qualified crypto-related progress was likely “worth the risk.”

The President did not expand any further on the matter, but did also mention the fact that fintech-related laws were currently being considered as Buenos Aires is planning to regulate the crypto and blockchain sectors.

US Treasury Secretary Yellen Says She’s Undecided Whether the Fed Should Issue Digital Currency
Alberto Fernández, the President of Argentina, has made some remarkably bullish comments about crypto,
0

RChain and Hoo: The Arrow Has Already Been on the String
Alberto Fernández, the President of Argentina, has made some remarkably bullish comments about crypto,
0