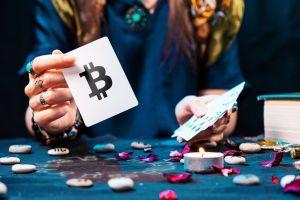 By the end of this year, bitcoin (BTC) may hit the USD 66,000 level, as well as rise above USD 400,000 by the end of 2030, according to the median price prediction by 42 industry players, surveyed by a comparison platform and information service Finder. Though there are some more pessimistic outlooks, such as BTC dropping to USD 100.

According to these panellists, some medium-term drop in price may happen. Still, by December of 2021, the price of BTC will have surpassed its latest all-time high (ATH) of around USD 65,000 and will have hit USD 66,284.

Per Chuh, "halving events and inflation along the way to 2025 and 2030 will likely trigger the larger upside moves. Prices are likely to be continuously driven by supply and demand, less availability for a wider group of users."

"Presently, the overall acceptance of Bitcoin contributes to a small percent of the world population. The growing acceptance will impact the popularity and the utility of bitcoin. It’ll be unfair to price bitcoin against fiat when that happens and hence, bitcoin will have its own intrinsic value in the future."

Read the article:  Zhu Su's Mansion In Singapore Is Reportedly Up For Sale Following 3AC's Bankruptcy

Senior lecturer at Brighton Business School, Paul Levy, however, argues that "there will be a steady but not dramatic increase" over the next decade, and that increase will not move substantially from BTC’s recent ATH.

Meanwhile, associate professor at University of New South Wales, Elvira Sojli, says ‘sell’. She predicts BTC will be worth just USD 100 by the end of 2030.

How low can it go before it goes up?

As to how low they expect BTC to fall in this cycle before prices start to increase, Finder found that the panel expects BTC to drop as low as USD 25,112, which is an average of forecasts from 23 panellists who answered this question.

And while UCL School of Management associate professor Jean-Philippe Vergne and Trade the Chain research analyst Nicholas Mancini predict BTC to go as low as USD 28,584 and USD 30,000, respectively, they also stated that the miner exodus from China could prove beneficial for the coin.

Among the factors that could drive BTC’s price up are its limited supply, credibility, increasing acceptance by businesses and service provider, media hype, ease of access, and upcoming technological developments.

Read the article:  Bitcoin Futures ETF by ProShares Broke Many Records on First Day, Here's Everything To Know

Among other findings, the report noted that 62% of the panellists sad that they don’t think we are entering a bear market, 17% said that we are, while 21% are unsure.

An equal number of panellists said that BTC will and that it will not become the most common form of currency in developing nations (33%), while another 21% said that it will, but much later down the line, not within the next decade.

54% of the panel also estimates that hyperbitcoinization – the moment that Bitcoin overtakes global finance – will happen by 2050, while 44% don’t expect it to ever occur.