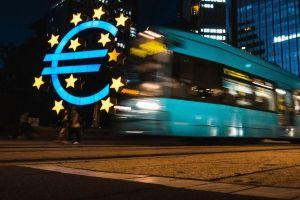 The European Central Bank (ECB) has just announced that Eurosystem has formally launched its central bank digital currency (CBDC) project to prepare "for the possible issuance of a digital euro."

The Governing Council of the ECB has decided today to launch the investigation phase of a digital euro project, which is set to last 24 months, said the press release.

In concrete terms, the decision means that the bank will commit the resources necessary to design a marketable product, ECB Board Member Fabio Panetta, Chair of the High-Level Task Force on a digital euro, said in his blog post.

ECB President Christine Lagarde noted that the decision comes nine months after the bank published their report on a digital euro, in which time they "carried out further analysis, sought input from citizens and professionals, and conducted some experiments, with encouraging results."

"All of this has led us to decide to move up a gear and start the digital euro project. […] Our work aims to ensure that in the digital age citizens and firms continue to have access to the safest form of money, central bank money."

The two-year investigation phase will address key issues regarding design and distribution, the announcement further said, as a digital euro has to both meet Europeans’ needs and help prevent illicit activities, while avoiding any undesirable impact on financial stability and monetary policy.

During this investigation phase, the Eurosystem, which comprises the ECB and the national central banks of the Member States whose currency is the euro, will focus on a possible functional design that is based on users’ needs, bringing in focus groups, prototyping, and conceptual work, it said.

Per Panetta, the ECB will engage with the European Parliament and other European decision-makers, which the ECB will regularly inform about the findings. "Citizens, merchants, and the payments industry will also be involved," he said.

Furthermore, the use cases that a digital euro should provide will be examined in this phase, and these use cases must meet the objective of having "a riskless, accessible, and efficient form of digital central bank money."

This phase will further provide an assessment of the possible impact on a market a digital euro may have. It will identify the design options to ensure privacy and avoid risks for the eurozone citizens, intermediaries, and the economy, and it will define a business model for supervised intermediaries within this zone.

There will be a market advisory group tasked with taking account of prospective users’ and distributors’ views of a digital euro, which will then be discussed by the Euro Retail Payments Board.

The technical work on the digital euro with the European Commission will also be intensified.

The central bank didn’t miss a chance to criticize decentralized bitcoin (BTC), stating that "a digital euro core infrastructure would be environmentally friendly: for the architectures that were tested [over the past nine months], the power used to run tens of thousands of transactions per second [tps] is negligible compared with the energy consumption of cryptoassets such as bitcoin."

In this previous period, the ECB and member states’ central banks had conducted experiments in:

They claim to have found no major technical obstacles to any of the assessed design options. The Eurosystem TARGET Instant Payment Settlement (TIPS), as well as alternatives such as blockchain, were both proven capable of processing more than 40,000 tps, it said, and added that "the experiments also suggested that architectures combining centralized and decentralized elements are possible."

The CBDC "will touch people’s life in a very intimate way," Lagarde told Bloomberg Television on Sunday. "What we’ve heard from the people is that they want privacy to be protected. But at the same time we need to make sure that it’s not accelerating money laundering or the financing of terrorism, so on each and every aspect we have to strike the right balance."