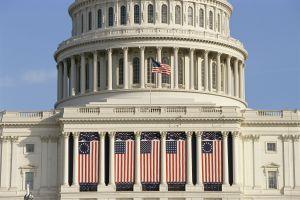 Pressure is growing in Congress with crypto advocates hopeful of convincing the House of the need to amend a much-maligned infrastructure bill that contains a veritable minefield of reporting obligations for miners, validators and software developers.

Politico called the effort a “long-shot bid,” but noted that the “small but growing coalition” “also includes Republicans.”

Jerry Brito, the head of the Coin Center pressure group and a key figure in the campaign to amend the bill, expressed cheer at the fact that a “fourth House Democrat” had said that “the crypto tax reporting provision in the infrastructure bill must be amended.”

He shared Eshoo’s open letter to Nancy Pelosi, the Speaker of the House, where the Congress member wrote that the definition of miners and others as “brokers” was “problematic.” She also criticized what she called “unworkable regulations” proposed in the bill, which has already cleared the Senate, despite a number of proposed amendments.

Khanna, meanwhile, stated that the language in the bill “picks winners and losers.”

Republican support may also be forthcoming in some quarters. Patrick McHenry, a GOP member of the House’s Financial Services Committee, was quoted as saying:

A House leadership aide “who declined to be named” was also quoted as stating that Pelosi “will review the bill’s language.”

Pelosi, Politico noted, “has gone to bat for venture capitalists in the past.”

However, many Democrats are reluctant to amend the bill in any form, due largely to the fact that doing so would result in the legislation returning to the Senate, where it could face yet more delays and opposition.

The same media outlet reported that “ambiguous levels of enthusiasm for the bill among progressives and Republicans” gave the Joe Biden administration little appetite for any sort of amendment.

It also reported that the venture capital powerhouse Andreessen Horowitz has “lobbied to amend the bill in the Senate and is now turning to House offices.” The firm’s global head of policy Tomicah Tillemann was quoted as stating:

However, a somewhat sarcastic but nonetheless witty soul replied simply: