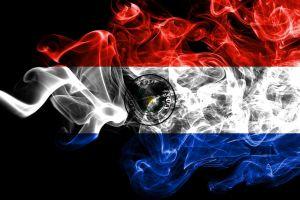 Twitter-based crypto fans say they are underwhelmed by the details of a crypto-themed private member’s bill unveiled yesterday by the Paraguayan MP Carlos Rejala.

Rejala had first started tweeting about the draft legislation in the wake of the launch of a Salvadorian bill that will in a few weeks’ time, make bitcoin (BTC) legal tender. The MP, of the minority Hagamos Party, had added red “laser” eyes to his profile picture and had promised a “surprise,” using the #bitcoin hashtag at every possible occasion. He this week teased the bill’s release, driving up anticipation by claiming that a senior figure in the Paraguayan senate, Fernando Silva Facetti, had also backed the proposal.

But some were somewhat underwhelmed when details of the bill were leaked hours before its official release.

And Rejala has since gone public with the draft legislation, which – some have argued – contains little in the way of “surprises” for anyone familiar with crypto regulations elsewhere in the world.

Unlike the Salvadorian bill, which will make BTC legal tender on an even footing with the USD, Rejala’s draft bill proposed bringing crypto under the property law umbrella – as is already the case in nations such as the United States and the UK.

The bill is chiefly concerned with crypto mining, and makes no direct mention of BTC or any other token. It proposes regulating Paraguayan miners, introducing a registry system for the industry, taxing miners on their profits, and punishing non-compliant firms with “sanctions.”

One crypto advocate claimed they could not read the bill, but “judging from the reactions of a lot of people it was just a huge nothing burger.”

However, those who prefer to see the glass half full whatever the weather will likely point out that the bill’s moderate nature will give it a far better chance of surviving the committee stage and perhaps even reaching the lower house for a vote.

The Paraguayan newspaper La Nación quoted Silva Facetti as stating that the idea behind the bill was to “provide a legal framework to regulate digital assets” and thus institutionalize “something that is in fact already occurring in the country, especially in the [power] industry.”

He also “indicated that the law will apply to all cryptocurrencies,” the newspaper added.

Ambito, which published the bill in full, quoted the senator as stating:

“We are not talking about a project like [the one in] El Salvador. […]”

Instead, Silva Facetti claimed, “we are talking about intangible assets” and “commodities.”

The media outlet claimed the bill was being put forward as part of an effort to “take advantage of the surplus energy” generated by hydroelectric plants in Itaipú and Yaciretá – another potential bonus for proponents of cleaner BTC mining solutions.

Regardless, some were distinctly unimpressed with the whole affair. “Way to hype everyone for nothing,” complained one user. Others were even more scathing.

Single Mining Farm Needs as Much Power as 24,000 Homes, Kazakhstan Estimates
Twitter-based crypto fans say they are underwhelmed by the details of a crypto-themed private
0

Search for fiat alternative ‘perfectly reasonable,’ says StanChart CEO
Twitter-based crypto fans say they are underwhelmed by the details of a crypto-themed private
0