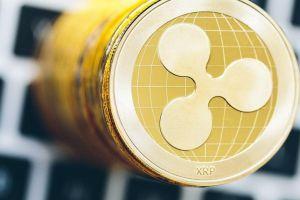 Ripple may have won an important battle in its protracted legal struggle with the American regulatory Securities and Exchange Commission (SEC) – after it was granted permission to question a former agency official about its crypto policy deliberations.

Per Bloomberg, the SEC had attempted to block Ripple from deposing the former head of the agency’s Division of Corporation Finance (2017 to 2020), William Hinman – who famously gave a 2018 speech opining that bitcoin (BTC) and ethereum (ETH) are not securities, and thus not subject to SEC jurisdiction.

The SEC says the same is not true of Ripple and its XRP token, however, and has accused CEO Brad Garlinghouse and co-founder Christian Larsen of personally profiting from XRP sales to the tune of around USD 600m. The SEC claims that an XRP token is essentially an investment contract, and thus classify as an unregistered security.

But Bloomberg quoted Magistrate Judge Sarah Netburn as ruling in favor of Ripple in this matter, and ordering Hinman to face deposition. She called Hinman a “high-ranking official” who had held “substantial authority in a very important federal agency.”

She added that the matter was “not a run-of-the-mill SEC enforcement case,” and refuted the suggestion that the move would “open the flood gates,” adding:

Ripple, which insists XRP is a “medium of exchange,” is hoping to determine the commission’s “adopted position” at the time of the 2018 speech, a factor that it feels would allow it to prove that market participants at the time did not consider XRP to be a security.

The judge turned down the SEC’s appeals to refrain from “subjecting high-level government officials to depositions regarding every law, regulation, or policy they consulted on or spoke about and that later underlay an enforcement action.”

The same media outlet quoted the SEC legal team as stating that the ruling could “disrupt the functioning of government agencies by discouraging qualified people from public service given the near certainty that their tenures would ensnare them in litigation.”

Read the article:  Does Ethereum (ETH) Risk Becoming a Security After Transition to PoS ETH 2.0?

But the legal team that is currently representing a group of XRP investors that have also begun to assert their interests in the case suggested that Hinman could face questioning on some very thorny issues that could potentially weaken the SEC’s case.

In a blog post addressed at XRP holders, CryptoLaw’s John Deaton wrote that “three days before the pivotal Hinman speech on ethereum in 2018,” the American exchange giant Coinbase had gone public with the listing of ethereum classic (ETC), “an asset […] that was widely anticipated to be declared a security, like ether itself.”

Deaton also suggested that the former SEC official would need to answer questions on Hinman’s and his employer, the law firm Simpson Thacher’s relationship with the Ethereum Foundation. Deaton also claimed that Hinman had “personally collected millions of dollars from an Ethereum-connected law firm.”