Skip to content
Home » cryptocurrency news » What Is This Uniswap Governance Drama About? 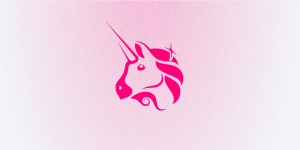 Major decentralized exchange (DEX) Uniswap (UNI) has been swept into a controversial story since yesterday, as a decentralized finance (DeFi) education-focused fund abruptly sold off half of the assets allocated to it by Uniswap governance – raising a number of questions on decentralization, Uniswap’s governance, transparency, and project accountability.

On July 12, the recently formed DeFi Education Fund (DEF), a new policy organization supported through Uniswap, announced that it had sold UNI 500,000 for some 10.2m USD coin (USDC).

This announcement came as a surprise to many industry players as people wondered why would the group need such a high amount of money for "fund[ing] the efforts of the Defi Education Fund," as the organization said, without providing a detailed explanation.

The fund was formed following a vote that ended on June 29, with UNI 79.7m voting for and 15m against the proposal to allocate UNI 1m to create and fund DEF.

Then, it was shared online that one of the multi signers behind the fund, Larry Sukernik, had already sold over UNI 2,600 hours before the over-the-counter sale, which Sukernik said "was from a grant a group of us received a few weeks back."

These events fuelled concerns over:

Crypto trader Hsaka described Uniswap’s governance set-up as "decentralization theatrics at its best," arguing that the vote to form the Fund passed with the majority of votes by the investor a16z‘s delegates. This would indicate a conflict of interest.

DEF’s move led to DeFi Watch founder Chris Blec posting a governance thread on June 13 stating that "the DeFi Education Fund committee members, the Uniswap core team and its investors (including a16z) have refused to answer any specific questions posed to them about the fund’s origins, who came up with the idea, how future policy will be derived, and more."

Blec said that its time for "demanding" transparency and answers to questions about the nature of the fund, its creation, the voting process, as well as why the funds haven’t been sold over a longer period of time, 4-5 years, as it was previously stipulated.

He also called for Sukernik to step down from the fund’s committee, saying that, even if he did simply just "fuck up" as his defenders say while not paying attention, "we simply cannot have members of the DeFi Education Fund lobbying committee engaging in anything that resembles insider trading."

Meanwhile, Rotkiapp founder Lefteris Karapetsas noted the aspect of accountability, stating that the group did not do what they promised to do – specifically, they did not spend the money they asked for in the promised manner. Huge amounts of UNI hitting the market at once can damage holders, he suggested.

All of these points further raise questions of the Fund’s effectiveness: how can the group be "credible to regulators while some of them seemingly care so little about conflicts of interest, self-policing and prioritization of community," asked attorney Gabriel Shapiro.

Popular crypto analyst Hasu, however, argued that it is difficult to spend the money "better than on lobbying regulators," and that it will be "good for all of Defi in the long run."

And as all this was happening, other commenters pointed out that the "governance drama" overshadowed a major piece of Uniswap news.